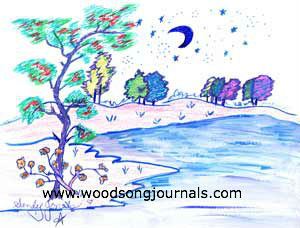 "Physical scientists who make no mention whatever of Godhead in their theorems are measuring those shadows and finding themselves touching down on Godhead, almost as if they had backed into It. If one measures the shadow long enough, he finds the tree it leads to. But he finds it in living fact, not metaphysical theory."   From "The Child Within Us Lives!" by William Samuel

The shadow, being this world of images. This world, and the things we call 'material' are something a bit more like reflections of the Divine Mind's ideas. Or as William would sometimes say, images of the Image. Although, the Real Image is an Image of the an unseen and invisible Eternal Light. While, here in time and space, the images of this world are more like the slowed light, the lesser light, the reflected images of that one Living Light.  Our world is more like the shadows that lead to the Tree. The beauty of this truth is that we then realize that there really is Something here behind the all things. The scientists who explore the shadows, will eventually run into the Tree that casts those shadows. They are indeed backing up into Godhead, the Ineffable All in all.  -- Sandy Jones