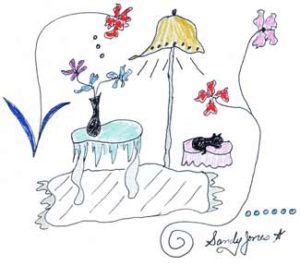 Surely, Simplicity is the profoundest of the absolutes. Of the thoughts the world has considered, meditated, contemplated and pondered at length, none seems so difficult to be comprehended by the metaphysician-philosopher we play, nor more persistently disparaged and denied by our intellectual nature than the ultimate simplicity of Reality.

Yet, wherever the Light has been seen, in whatever period or culture, regardless of the former beliefs of those “within whom this Light has bloomed or upon whom it has shone,” the words that tell of it invariably speak of its availability, tenderness and transcending simplicity. Enlightenment reveals that the Real appears a mystery only to the sophisticated (dishonest) nature of us, withheld from those who would search for it outside the childlike essence of their own being.

To those who struggle for their divinity in the diverse places conditioned thinking dictates, those bewitching webs of erudition that titillate the personal ego rather than dismiss it, the Light remains forever a mystery. Oh, but it comes, it comes! The Light comes “in good measure, pressed down, shaken together, running over and put into the lap” of those who are willing to let go the vaunted self to act the simple Child of God we are in fact already.

So we see, the Light of the Inexpressible demands only the sacrifice of a phantom role we play—but the surrender of anything less is the dream of darkness perpetuated,