“Every teacher, book, writer, practitioner, sage, guru or peanut vendor, by whatever name, title or label they go by, is an aspect of the Awareness (Identity) “we” are. We take the book from the shelf most likely to render a specific service at a given moment. Exactly so, we have appeared to go to the philosophy, teacher, church, friend, stranger or peanut vendor that has unfolded as sufficient for the moment–but that philosophy, teacher, church, friend or stranger is WITHIN the awareness WE are. So is the peanut vendor. We are forever looking at our Self.”…..William Samuel 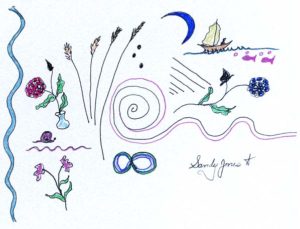 This study is related to no organization. It has grown out of no religious group. This is not a special theology more related to one church than another, or more to one metaphysics than another. The Truth is the Truth is the Truth--not strained THROUGH any organization. It follows no particular line of teachers. The Truth does not come OUT of any faith, organization, teacher, philosophy or holy book. The Truth INCLUDES all that has ever been construed to be any and every teacher, philosophy or holy book. The Truth we are concerned with is the truth of the Single Selfhood being the awareness of these words. There is one Truth only--the fact of Identity--the truth I am. 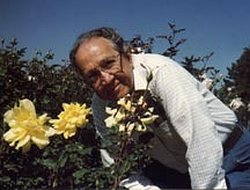 William Samuel (1924-1996) was a renown spiritual master of metaphysics and higher Truth. He was known as the teacher’s teacher. He passed along his knowledge with brilliance and humble humor as a writer and speaker for over 40 years. William Samuel devoted his life to the search for Truth. His quest to study at the fountainheads of the world’s ideas took him twice around the globe, into its remotest places. His journey included time in China with Mr. Shieh the venerated Taoist Monk and, in 1944, a visit with Ramana Maharshi in India. Mr. Samuel’s ability to instruct in a clear, simple and effective way has lead many to discover the fabled “peace beyond understanding.”

LETTERS TO ONE JUST BEGINNING THIS STUDY

"We 'begin' with this now-awareness, but the beginning must be a new and genuine redetermination of Isness. We start from scratch, but this is not being done until our previous beliefs, ideas and cherished opinions are loosed and let go. The practice of humanity, the intellectual temptation, is to carry them with us to see if our new discoveries coincide with our old ideas.

"No, we let go everything and start again like new babes, with the first and basic fact about which there is no uncertainty—the isness of this present now-awareness. All else must go. Without regard or regret, without fear or consternation, we stand in a void, naked, childlike, innocent. As this now-awareness, empty of the ego, we open our eyes and awaken!

"David replies, 'This sounds as if I will lose my identity. I certainly don't want to do that. As a matter of fact, I am searching for identity.'

"When we begin with Awareness we find we lose nothing that is real, most certainly not the Identity. Rather, we let go the notions of an identity we have never been. We lose the unhappiness, loneliness, lack, poor health and fear inevitably associated with a misidentification called "the old man," his intellect, his cherished common sense and his high opinions of himself.

"So, we shuck the old ideas and let them go, David. We bring attention back to this real and present fact of Awareness. Awareness is a fact; we know it; we are it; nothing is outside of it. Here, we discover the true Identity!

"When one looks at the television and sees things on the screen, he is not tempted to believe the screen is in one place and images in another. He knows they are one television screen. Exactly so, awareness and the images of perception are all one Awareness.

"There are no words we can read that will convince us of the allness of this now-consciousness; there is no one to whom we may listen or talk who can do more than persuade us intellectually. We know—and we know, we know—only when we find it and feel it within the Heart.

"Reader, this will happen for you much sooner than you expect. Your 'awakening' is inevitable, irresistible and certain, because the fact is—as you shall see and have been told many times—you are not sleeping to be awakened now. Despite the appearances on the world's stage, you are already all you could ever hope to become. You are already in the Father's house. The nearly unanimous pronouncements of classical theology and education to the contrary, your real Identity is neither sinful nor fallen; you are not a prodigal acting the profligate and wandering in the pigsties of a far country. The Identity you are this instant is Harmony's Now-Awareness being aware. Our heritage, effortless and divine, is to acknowledge this fact!

Beyond a Soldiers Story 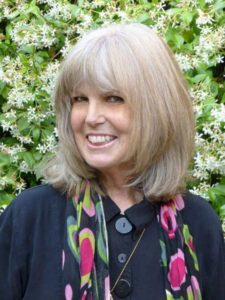 Sandy Jones writes and shares her journey of self-discovery and tells of the Child Within as she lives Its genuine liberation. Sandy Jones has been entrusted with the copyrights to all of William Samuel’s literary legacy.  She takes care of this valuable legacy with integrity and love. Sandy has found and lives the childlike spirit of this joyful message, wholeheartedly, unabashedly and fearlessly. Through the journey of self discovery Sandy delights in this unbound joy of living as a starry-eyed, unbridled lover of Life sailing the cosmic fields of Light.

In BAREFOOT AT HEART, Sandy tells of her understanding in her own voice. She has found a unique way to bring her special gifts of the Child and Its enlightenment to others. She gives her heart to those who are interested in their own Self-discovery. Sandy is a writer, speaker, surfer girl, artist, untamed spirit and dancing-to-the-music shop owner of Jones & Company in Ojai, California. 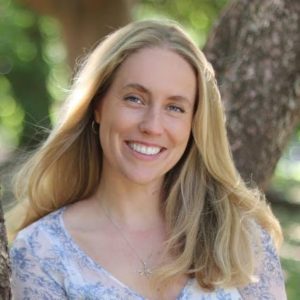 Aimee Davies has generously given her time and heart to helping us share William Samuel's message. She is a God send, truly. She has worked diligently to scan and save William's archive of unpublished papers and personal journals, along with the Quarterly Journal Notes that William used to print and mail to his motley and astute gang of independent and interested souls.  Aimee has made it possible now, for us to share these Journal Notes with you, here, as free downloads.

I know that William would be very pleased with her ability to take on this challenging endeavor, and accomplishing the task with beauty and élan. William and I are so happy that Aimee listened to her heart, as divine providence led her to William, allowed her to find the Child and the faith to live the divine equation, right here in the world.

You can learn more about Aimee and enjoy her writing and gift of the spirit on her website at Aimee Davies.